What is Dog Trancing?

The first time I witnessed dog trancing was while sitting in my friend’s backyard.  We returned from a girls’ night and watched on as her dog raced around the yard burning off pent-up energy. At one point the dog crept slowly beneath a tree with low-hanging branches.  Once  beneath that tree she walk so slow that the behavior caused me to pause.

At first it appeared she was stalking wildlife.  She walked underneath the first bush, walked a few feet away and slowly crept under a second bush. Wanting to spare the life of the poor animal I thought she was stalking, I called the dog’s name.  She popped out from beneath the bush as though nothing happened, looked my way and ran off.   I did not expect that quick response from a dog who was hunting wildlife.  She is normally too focused on her prey to respond when called.

Her behavior both mesmerized and concerned me.  When I asked my friend about it, she shrugged it off and said the dog did it quite often. So, I went home and I researched the behavior.

The behavior is called Trance-like syndrome and is very commonly seen in certain dog breeds, such as  Bull Terriers. The behavior is not limited to bull terriers, Greyhounds, Basset hounds and a few other breeds are known to exhibit this behavior too.

Various studies have been performed, but none of those studies linked trance walking to underlying medical conditions, including neurological issues. The studies performed under the Davies Veterinary Specialists, along with studies conducted by other institutions, agree that trance walking is a benign behavior, possibly linked to canine compulsive disorder.  It is further noted that unless a dog forgoes all enjoyable activity aside from trance walking or other OCD behaviors are present, there is nothing to be concerned about.  Just make sure dogs who trance walk under foliage don’t come in contact with a bush or tree that can cause skin irritation.

Trance walking is also referred to as “ghost walking”, “weed walking” and “dog trancing”. Dogs who trance walk often do so under branches of a low-lying bush, under curtains, the corner of the table where the tablecloth hangs down, in your closet beneath hanging clothing, along a Christmas tree or anything else that may gently touch the dog’s back.

You may find the dog standing under the bush, allowing the foliage to dance on their skin, or they may s-l-o-w-l-y walk beneath the item, then turn and do it again and again.  Dog trancing can last from a few seconds to more than 30 minutes [source: Black’s Veterinary Dictionary}.  Dogs can be snapped out of this behavior by simply calling their name. This is demonstrated in the video posted below.

While the reasoning behind this behavior is a mystery to dog experts, I feel the dog’s response to trancing is no different than  a person receiving a gentle massage or a parent tickling their child’s arm or back.  A scalp massage makes the world stop for me.   It is a relaxing, peaceful feeling that we often wish would never end.  It appears some dogs have figured out a way to enjoy their own version of self care for free.  When you see your dog trance walking, admire from afar, but try not to abruptly end the moment for them.

ISCDT’s online program  consists of 18 hands-on lessons, where students are required to work with dogs. Skill and ability is determined through a series of videos submitted to your personal ISCDT mentor.  Students are also responsible for written homework assignments. In addition to the online program, we also offer one-and-two-week in-person shadow programs. To learn more about the courses we offer, visit ISCDT.com

Get started now on Becoming an ISCDT Certified Dog Trainer with Online Dog Training Certification School. We can quickly and efficiently teach you how to train Dogs Professionally, whether its your own business or even a Corporate setting.

I am not going to tell you
learning something new is easy, but,
it is worth it. 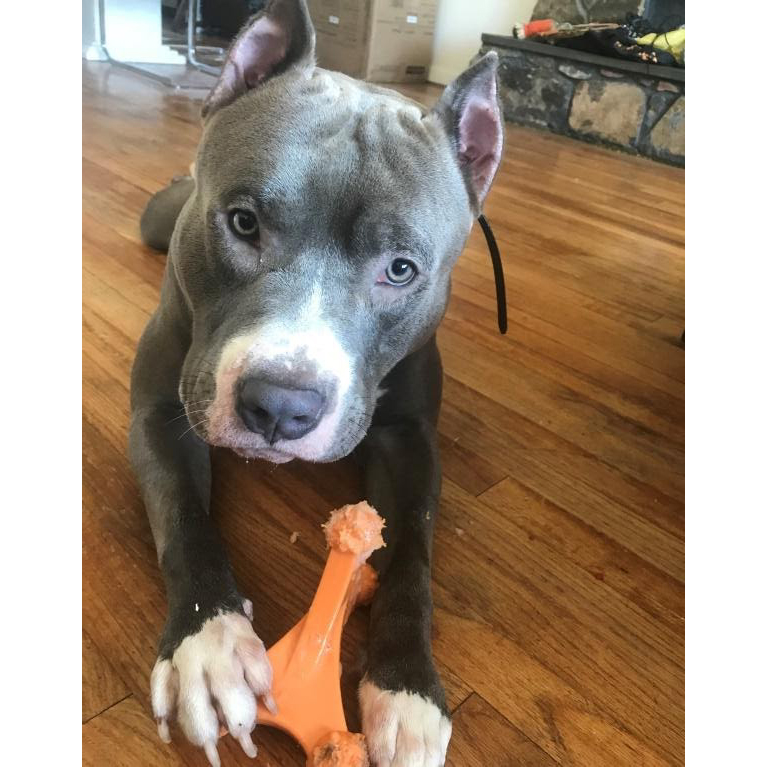 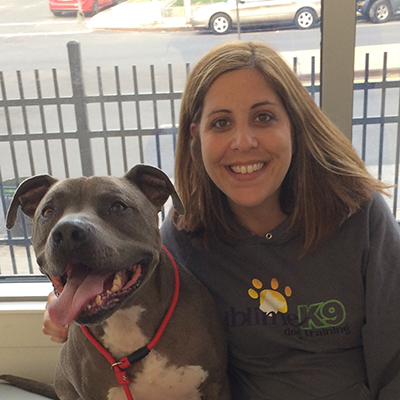 Welcome to the International School for Certified Dog Trainers! I have been running my own dog training business, Sublime K9 Dog Training for 8 years and have been successfully training dogs since 2002, studying under many different trainers to learn as many methods as possible. With over 1000 dogs trained, I am still training and adding to that number each day. I am a graduate of the National K-9 Learning Center where I earned my designation as a Certified Professional Trainer. National K-9 is a nationally recognized top tier dog trainer’s school located in Columbus, Ohio. At the center, I studied various methods of behavior modification and applied these methods to my partner dog, Milo. I am also a professional member of International Association of Canine Professionals and am formally trained in BAT (Behavioral Adjustment Training), certified to teach Relationship Games, and Leash Reactivity and have studied with some of the top trainers in the country on ecollar training and behavior modification. My love for canines has also led me to work in the veterinary field to learn as much about dog’s health and wellness as possible.

The development of the ISCDT came along with the realization that there is a gap in the dog training industry. There are no affordable, online schools that allow existing trainers to get their certification and also trains new trainers to get them started. This course does both. Katie and I have taken our combined 25 plus years experience and put it into one course designed to teach and challenge. We hope that you enjoy studying with us and are here to help you along the way!

What was the moment you knew you wanted to Train Dogs?
I fell in love with my first dog at the age of 21. She was a boxer, who had some issues, which led me to research the appropriate training techniques. I became so intrigued with canine behavior to specific and dogs in general so I decided to make a career of working with dogs and started a dog walking business.

While running this business I came across a dog (a client) that I was supposed to walk each day. The dog simply needed some extra exercise. The problem was that the dog feared new people, including me. I thought, wait this is supposed to be enjoyable for the dog!

How did you get started formally training Dogs?
I called a local trainer and started asking for advice to assist with the dog. They worked with me to help me get to a point where our walks were actually enjoyable. After that, the local trainer offered me an apprenticeship with her and her company…the rest is history.

Have you found certain Canine breeds to be a challenge to train?
I don’t have a particular breed in general that has been a major challenge. The issues I come across are not really breed specific they come in all shapes and sizes. All breeds are different in temperament and physical capabilities.

What is the best advice you can give Dog Owners?
Dog training takes persistence and consistency. My advice to owners is to stick with the training techniques we implement, long term. Also, have fun training your dog! If you enjoy it, so will your dog.

I began my career working with animals in shelter environments. While many people feared pit bulls, I fell in love with the smart, loving breed. While I’ve enjoyed preparing shelter animals for new homes, I wanted to ensure that dogs did not wind up in shelter environments due to behavioral problems. Honestly, most behavioral problems are solved with the help of a professional dog trainer. Whether you recently welcomed a new puppy into your life, share a home with a spoiled pet or live with a challenging dog, I want to help.

I am also the proud dog parent of three rescue dogs. Nine years ago, I rescued Madison, my faithful boxer, from a family who could not handle her high energy. Over the years, we helped Madison overcome separation anxiety, dog aggression and the naughty behavior that frightened many visitors. She is a loyal dog and a much-loved family member.

On Mother’s Day 2015, we welcomed a three-year old boxer-mastiff mix to our home. This 92-pound teddy bear has mastered all training techniques in a short amount of time. Duke transformed from a runner to an assistant who happily aids my dog-clients suffering from dog aggression.

In February 2016, we welcomed Elsa, a one-year-old, blind dog with a host of health problems and slight food aggression.  Obedience training transformed her into a confident, well-mannered dog, who also assists in my training lessons.

My family and I are fortunate to have shared our lives with these three wonderful dogs.

How did you get started in the Dog Training business?
I volunteered as a dog walker for a local town shelter and studied under a dog behaviorist. The other volunteers and I wanted to prepare the shelter dogs for their forever home and ensure they never returned to shelter life. Waving goodbye to the dogs as they drove away with their new families was exhilarating. Witnessing the terror on the faces of the new surrender dogs broke my heart. I wanted to bring them all home. Since that was not a possibility, I decided to help families before it got to the point that families relinquished their dogs. I studied hard and had the best mentor in the world. I have the pleasure of working for my mentor, Jessica Freedman, at Sublime K-9 Dog Training ever since.

What is your favorite challenge in training?
I adopted a one-year-old dog who was born blind. People thought I was crazy. This fabulous dog was an internet sensation. So many people wanted to welcome her into their homes, but feared the disability. I believe her disability increased her desire to learn. She is brilliant. I have had the pleasure of training dogs that are either blind or deaf. There is nothing better than watching a disabled dog thrive and an owner’s amazement at their dog’s ability.

What is the best advice you can give Dog Owners?
Please remember that dogs are not human. They do not think like us. They don’t act like us. They don’t speak our language. We must respect their species and learn how dogs think in order to teach them how to live in a human household. You will never find a better friend than a dog, sometimes it takes some training to discover the greatness